‘Tavli’ (Greek for ‘board’), also known as ‘Backgammon’ in many Western countries, is one of the oldest board games known, with it being approximately 5,000 years old. The game is thought to have been started by the Persians in 3000 BC but has taken a variety of different forms since then. The game consists of two players, whose objective is to remove all of their pieces from the board before the other player. 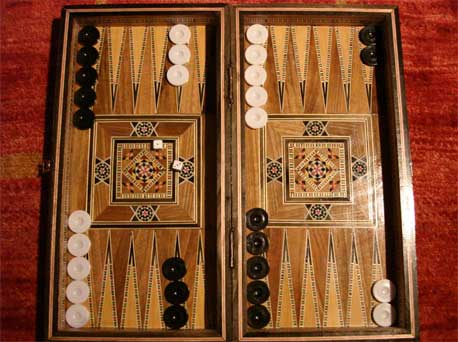 During your stay in Cyprus, you will inevitably stumble across a local café where local villagers furiously throw dice and pieces against the wooden boards creating a unique tapping sound. Across the island, the game is played by both the younger and older generations, in both traditional and trendy new coffee shops showing just how important a role it still plays in local culture.

Tavli sets are provided by the majority of coffee houses and pavement cafes all over the island. Most locals are very keen on new challengers, so why not give it your best shot!