By a Staff Reporter – Cyprus Mail

POLICE have recommended arresting prominent developer Theodoros Aristodimou, his wife, and a former Paphos municipality official, reports said, as part of a probe into the demarcation of land plots in Paphos.

Daily Politis on Monday said Aristodimou, who had also served as chairman of Bank of Cyprus in the past, his wife Sotiroulla, and former municipal engineer Savvas Savva, were named as suspects in a police report submitted to the state legal services. 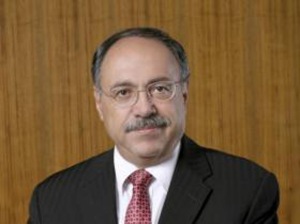 The case was reported to police on July 1 and concerned an application filed by Aristo Developers, Aristodimou’s company, for a permit to demarcate 177 plots in the Skali area.

The application was approved, but according to the complaint filed to police, it later emerged that new plans were added in the file and the previous ones had been annulled.

With the new plans, the company basically took back some 5,000 square metres, which had been previously earmarked as green spaces in accordance with the rules and regulations.

The value of the land was estimated at €2.0 million, Politis said.

The company denied the accusations, saying the municipality got the calculations wrong. It claimed that the municipality had asked for new plans to be submitted and the discrepancy came about because the land area was bigger than what was recorded on the title deeds.

The changes in the demarcation of green areas were made at the behest of the water department to protect a stream.